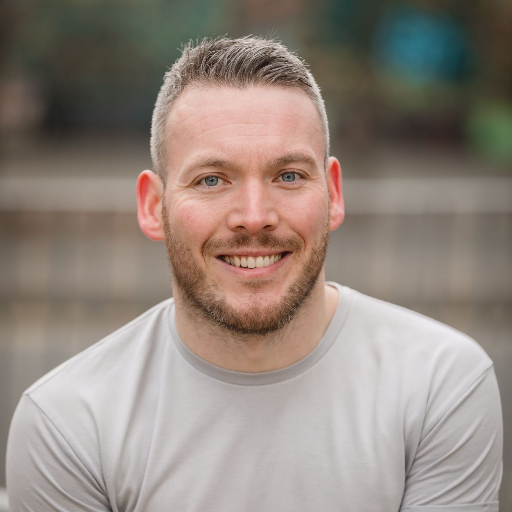 Martin Dougan is one of the most recognisable faces on children’s TV. He’s currently hosting the BBC’s award-winning children’s news programme, Newsround. Martin has more than ten years experience broadcasting live, both in studio and across the world from working on a variety of different shows and programmes across channels.

Born in Glasgow with a disability (Cerebral Palsy) Martin found a career in wheelchair basketball at a young age and developed his passion for sports. Eventually, he became captain for the Scotland national team, winning trophies along the way.

In 2010, he applied for a Channel 4 competition which were searching for new unknown presenters and reporters to front the London 2012 Paralympic Games. Martin made the final presenting team and reported at the London Excel arena, covering five different sports during the iconic London games. Following the success of the games and with Martin’s cheeky, fun personality, he presented a comedy sketch show “I'm Spazticus” for Channel 4, for two seasons. A year later, Martin became a journalist on CBBC’s Newsround. Since joining the BBC, Martin's career has gone from strength to strength. He co-wrote and fronted his own one-off comedy show “The Totally Senseless Game Show”, for BBC Three, as part of Disability Awareness Month and reported at BBC Radio 1’s The Big Weekend in Glasgow.

In 2019, Martin was approached to work for ABC Network in Adelaide, Australia for six months, on the children’s news programme, Behind the News. Martin has also presented a number of BBC documentaries. In 2015, he was nominated for a Children’s BAFTA for his work on Frontline Families. The documentary focused on children having to deal with the stress of a family member or loved one fighting for their country during the Iraq war. His documentary, “Climate change: Raising sea levels on the pacific islands” aired on CBBC in May 2020 and he recently hosted BBC Live Lessons for BBC Teach.

Martin is a well-travelled broadcaster and has reported around the world from sporting events in Brazil, to the rising sea levels on the South Pacific, covering a range of different topics. When he’s not traveling, Martin loves attending music gigs, festivals and spending time with his girlfriend Amy and daughter, Jessica.