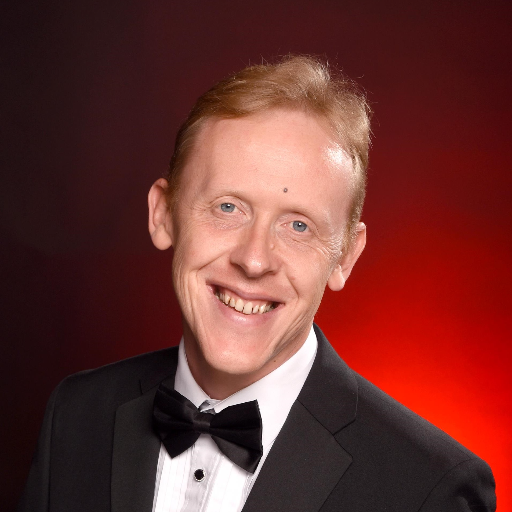 David Stanley BEM is the UK Government's Disability and Access Ambassador for Arts and Culture. He is a musical director, teacher, composer and the founder and CEO of The Music Man Project, a multi award-winning international music education service for people with disabilities. In 2021 David was awarded the Medal of the Order of the British Empire in the Queen's New Year Honours List for services to people with special needs. He is a Churchill Fellow, Paul Harris Fellow (Rotary International) and Fellow of the Royal Society of Arts. David was a 2020 Global Peace Ambassador for People with Disabilities and is a member of the advisory panel for the new National Plan for Music Education.

David studied at the Guildhall School of Music and Drama, King’s College London, the Royal Academy of Music and the Institute of Education. He holds a Master’s Degree in Musical Analysis, a Post-Graduate Certificate in Education and the National Professional Qualification for Secondary School Headship (NPQH).

David won the 2021 King’s College London Distinguished Alumni Award for demonstrating outstanding achievement in the arts and culture sector, specifically his commitment to improving disability rights in the music industry and his determination to use music as a universal language to free the constraints placed on people with disabilities across the world. David was named a 'Community Hero' by the UK Community Network in recognition of his efforts to reach vulnerable and isolated people during the coronavirus pandemic. He was also recognised by recruitment company, Venquis as one of the 33 most inspirational leaders who have Made A Difference in 2021. David's Music Man Project won the 2016 Kids Count Inspiration Best Creative Contribution Award, the 2019 Lions International Outstanding Contribution to the Community Award and the 2020 Danny Award in New York for Best Performance of a Cover Song. The Music Man Project reached the final of the Music Teacher Awards for Excellence in 2015 and 2017. In 2022 The Music Man Project was shortlisted to the final of the Music and Drama Education Awards and David was shortlisted in the Lifetime Achievement Category.

​David's teaching is the basis of PhD research at the Royal College of Music into the effect of active music participation on well-being for adults with learning disabilities. He has travelled the world teaching his unique programme and has presented at Berklee College's ABLE Assembly in Boston, the Manhattan School of Music in New York and the UK's National Music Mark Conference. David also delivered a spotlight session at the Inclusive and Supportive Education Conference (ISEC21), hosted by the University College of London Centre for Inclusive Education and the National Association of Special Educational Needs.