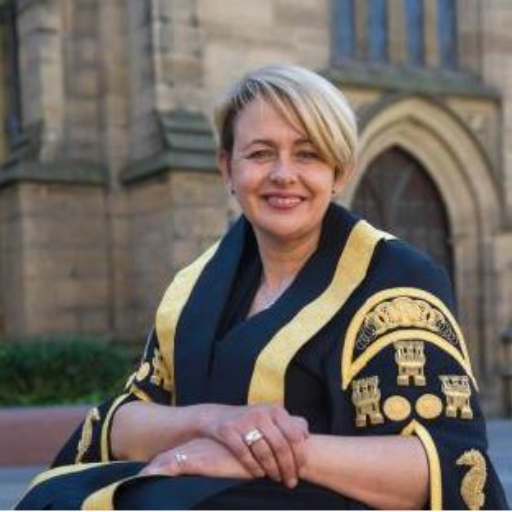 One of Britain's greatest Paralympic athletes, Baroness Tanni Grey-Thompson is an inspiration to disabled athletes and is a highly sought after motivational speaker. Tanni inspires audiences with her story of courage and determination that lead to her title of Britain’s most successful wheelchair racer.

During her incredible sporting career Tanni amassed a remarkable medal haul of eleven golds, four silvers and a bronze. Breaking 30 World Records on the track and winning the London Wheelchair Marathon six times, Tanni was awarded the prestigious honor of DBE in 2005 for her considerable contributions to sport.
Since retiring Tanni has devoted herself to helping others and was subsequently made a life peer in 2010, conferred as Baroness Grey-Thompson of Eaglescliffe in the County of Durham. As a working peer, Tanni uses her experience and knowledge to discuss matters including Disability Rights, Welfare Reform, and of course, Sport.
Tanni has continued to be involved in sport and physical activity. She is a Board Member of the London Marathon, the SportsAid Foundation, the Duke of Edinburgh Awards, Join In and is the chairwoman of UKActive. In addition to this, she is also a Board Member of several organisations including Transport for London, the London Legacy Development Corporation, the London 2017 Organising Committee and is the Chancellor of Northumbria University.
Tanni is an exceptional public speaker with vast experience of delivering key messages to a wide range of audiences. She coaches and mentors in group and individual capacities, inspiring all with her discussions on motivation, diversity and going up against the odds to achieve your goals.
Tanni is also a passionate television and radio sports commentator. Her voice and insightful analysis is a key part of the coverage at a number of events including the London Marathon, World and European Championships, The Olympics and The Paralympic Games.
Tanni has won an accolade of awards including BBC Sports Personality of the Year (2000), Sunday Times Sports Woman of the Year and BBC Wales Sports Personality of the year (1992, 2000 and 2004).