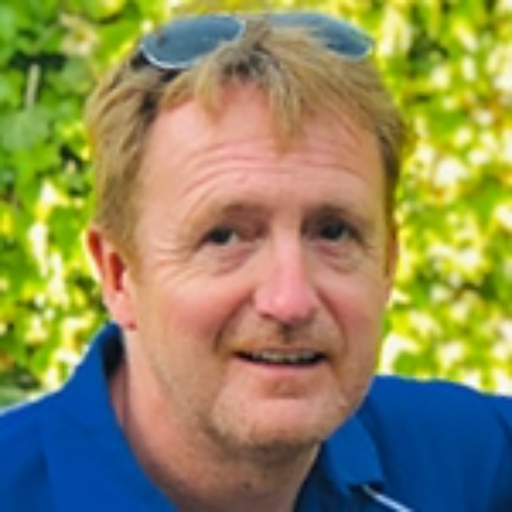 Proudly supported by Help For Heroes

At the age of seventeen Jamie Weller joined the Royal Navy and worked as an Aircraft Engineer. It had been his dream since he was a boy to serve his country and work on an aircraft carrier on fast jets – and he loved his job. But just three years into his service Jamie noticed a deterioration in his sight and within just three months he had lost all central vision, was registered blind and discharged from the navy. He was twenty years old.

Many people may have felt that their life was over. But not Jamie. He has gone on to experience success in many different guises; he earned a degree in mathematics from the University of Warwick, he became the first ever blind person to qualify as a member of the Chartered Institute of Taxation, he worked as a tax adviser at Deloitte for over twenty years, he won four medals at the Invictus Games in Toronto and he trekked for fourteen days across Nepal to reach Base Camp Everest. Jamie carried the Olympic Torch in 2012. And Jamie has also been a para Alpine and Biathlon blind ski racer in international IPC ski races representing Great Britain.

In 1990 when a twenty year old Jamie was discharged from the Royal Navy he went to a rehabilitation centre in Brighton run by the charity Blind Veterans UK. He would go on to spend the next five months relearning basic skills he had learned as a child. Being around other people with sight loss every day made Jamie realise that losing his sight didn’t mean that he couldn’t do things – it meant he had to do things in a different way. Knowing that the road of sight loss had been trodden before made Jamie a little less scared of what the future would hold and took his sight loss on as a challenge and to push back boundaries.

Jamie has no central vision and no perception of depth. His sight is classified as 1/600 which, in layman’s terms, means what a fully sighted person can see from 600 metres away, Jamie can see from 1 metre away. Jamie admits that, as a blind person, there are daily struggles that he contends with, and as a former engineer, he is problem solving on a daily basis as he navigates as a blind man in a sighted world.

Jamie’s tenaciousness and ability to overcome challenges has helped him to achieve his personal goals, but he is also an ambassador for a number of charities including Blind Veterans UK, BLESMA, Help for Heroes and Guide Dogs. He now has own guide dog, a black lab, called Freddie. Working together they do talks to try and to help others in their struggles.

Despite his achievements Jamie still cites his victory over blindness as the thing he is most proud of: he manages his blindness and will never let it manage him.