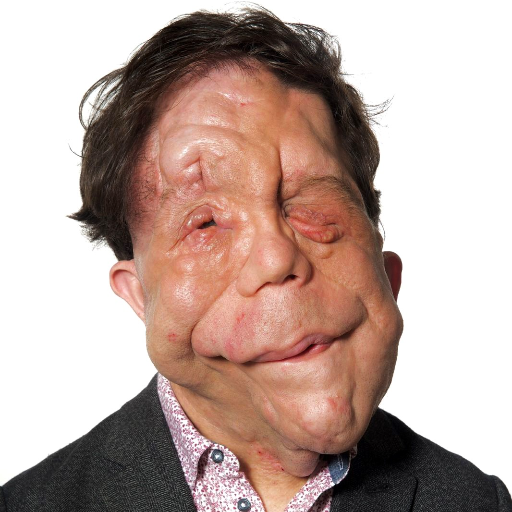 Adam Pearson is an award-winning disability rights campaigner, actor, presenter and speaker. Adam was nominated as UK Documentary Presenter of the Year at the 2016 Grierson Awards.

Adam’s most recent documentary, Eugenics: Science’s Greatest Scandal, was broadcast on BBC Four. He has previously fronted the critically-acclaimed documentaries Horizon: My Amazing Twin (BBC Two),  Adam Pearson: Freak Show (BBC Three) and The Ugly Face Of Disability Hate Crime (BBC Three), as well as being a reporter on Tricks Of The Restaurant Trade (Channel 4) and The One Show (BBC One). His other credits include  Question Time (BBC One), Celebrity Mastermind (BBC One), Pointless Celebrities (BBC One), Celebrity Eggheads(BBC Two), Breakfast (BBC One), Songs Of Praise (BBC One), Sunday Morning Live (BBC One), Newsnight (BBC Two), Loose Women (ITV), Lorraine (ITV), This Morning(ITV) and Front Row (BBC Radio 4).

Adam worked as a researcher for the BBC and Channel 4 before becoming a strand presenter on the first series of Beauty & The Beast: The Ugly Face Of Prejudice (Channel 4). He was also one of the team who developed the series and he consulted on the Dutch version. Adam has also worked on The Undateables (Channel 4) as a casting researcher.

Adam appeared in the BAFTA-nominated film, Under The Skin, directed by Jonathan Glazer and starring Scarlett Johansson. He also played himself in the independent feature, DRIB, which premiered at SXSW in 2017. Adam stars in Chained For Life which has been released theatrically in the UK and and US as well as being shown at film festivals around the world. Of his performance, The New York Times described him as “an actor of great charm.”

Adam has spoken at a number of events for companies and organisations such as the World Health Innovation Summit, Public Service & Criminology Conference and British Association for Counselling & Psychotherapy. He has also given a TEDx talk.

Adam is an ambassador for Changing Faces, Us In A Bus, Jeans For Genes and The Childhood Tumour Trust. He also won a RADAR Award and a Diana Award for his campaigning work. Adam was named in The Shaw Trust Power 100 List of 2020 – a list of the UK’s most influential disabled people.